Are you wondering to know what are the Top smallest cars in the world, keep Reading you will know.

The Peel P50 car was first introduced by the Peel Engineering Company. Production began in 1962 and it enjoyed a limited run. 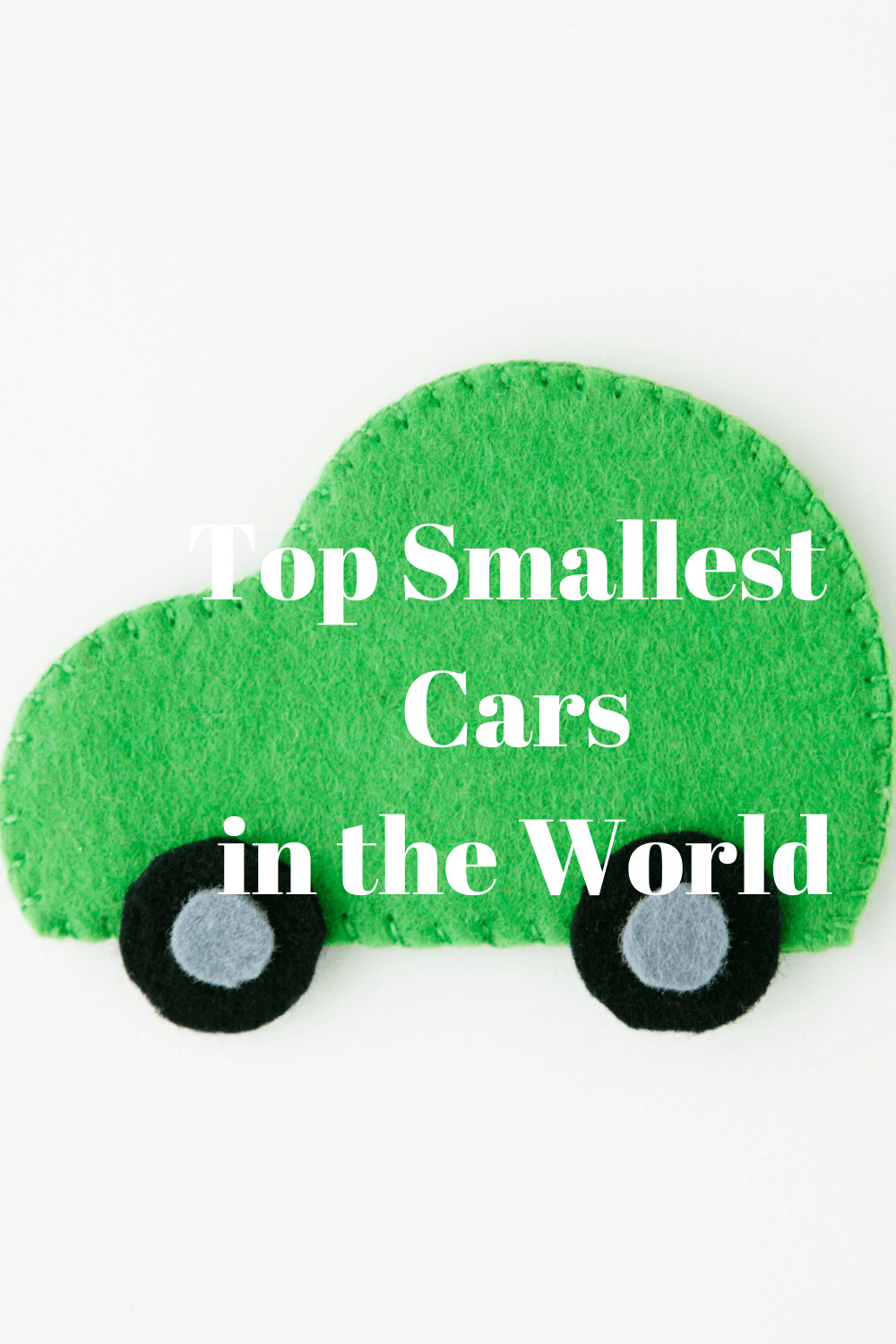 The car has a small 49 cc engine and actually has no reverse gear. It has a handle in the back that is used to manually move it backwards.

The three speed manual transmission was relatively easy for new drivers to utilize. That made the small car a popular novelty and fun to drive for many people.

The 2010 Guinness Book Of World Records listed the car as the smallest in the world.

It has relatively little room in the cab for people inside. Sometimes, only the driver will be able to fit inside of it.

The standard production process made the color red on the exterior.

The car weighs just 130 pounds and measures about 54 inches long.

It is also 39 inches wide and resembles a cube in its design.

It is a compact model and was originally designed for city driving. It has a group of fans that still enjoy driving them.

Performance Of The Car:

The car purportedly gets good gas mileage while driving. Some drivers claim it can get around 100 miles to the gallon.

The car also can reach top speeds of about 37 miles per hour. That added to the novelty value of driving the car.

The DKW engine has a 49 cc block under the hood. That generates an ample amount of power for the small size car.

Since it weighs just 130 pounds, the engine does not have to be that powerful. The car is small enough to fit through many door ways as well.

The initial production run made about 50 models. Now, it is thought that only 27 of them remain. The initial price was 199 GBP. A recent auction sold a model for $120,000.

Austin Coulson recently built the world’s smallest car. It is just over four feet long and about 25 inches high from the ground.

It can drive on the road and is considered roadworthy by most observers. People want to learn more about the new car and why it was built.

The world’s smallest car is making waves in the community as well.

Austin Coulson is from Phoenix and drives his custom made car around the city each day as well.

Overview Of The Car:

The custom car is based on the basic Jeep design. The four wheel vehicle handles the road petty well.

It can handle a lot of surfaces, but it best driven on the pavement.

The Jeep has a group of fans that enjoy the overall look. It is certainly making the model more attention grabbing.

The small car is fuel efficient and fairly fast as well. The speed might surprise people who get behind the wheel. The Jeep can cover a lot of ground in short amounts of time. It does have rear view mirrors and a windshield. The exterior was actually modeled after a plane design.

The interior can actually only seat one person. It has an open top and the driver sits in the cab. It is a little tight, but the novelty of the car wins over many new fans.

The top speed of the vehicle is around 25 mph. The modified Jeep is perfect for car fans who want a thrill. The small car is popular because it is a fun toy to have around.

The power actually comes from a purely electric design. No fuel consumption is required since it is an electric vehicle.

The lightweight of the car allows it to move fairly fast as well.

Other Top smallest cars in the world

Compact cars are always nice: you can park them anywhere yet they are big enough to carry the essentials. They are cheaper as well, and they consume less essence. If you are looking for a small car, the top smallest cars in the world are:

link to How to connect phone to car

Learning How to connect phone to car easily in this blog post. You are living in an era of information technology! It’s now possible to connect your phone to your car. Yes, you heard that...

Lucid challenges Tesla with a luxury EV sedan that has a record 517 miles of range per charge, keep reading to find out. Lucid Motors' all-electric flagship is set to set a new industry standard...

Dreamcarsreviews.com is a participant in the Amazon Services LLC Associates Program, an affiliate advertising program designed to provide for sites to earn advertising fees by advertising and linking to Amazon.com and other websites.